Despite the proliferation and availability of information, good information is hard to come by. Finding the right data is often a matter of quickly dismissing sources of bad data, allowing the cream to rise to the top. To speed up this process, I've created the following list of sources that I've found to consistently provide false information.

These sources are divided into three categories.

These sites depend on ad revenue for their existence, so they sadly resort to dishonest tactics to get as many eyeballs as possible. They often utilize a deception technique called clickbait, using false or misleading headlines to get you to click on a link, only to bring you to a story that contradicts the headline. They also have a pattern of suppressing or dismissing facts, usually by discrediting the source of those facts ("poisoning the well") 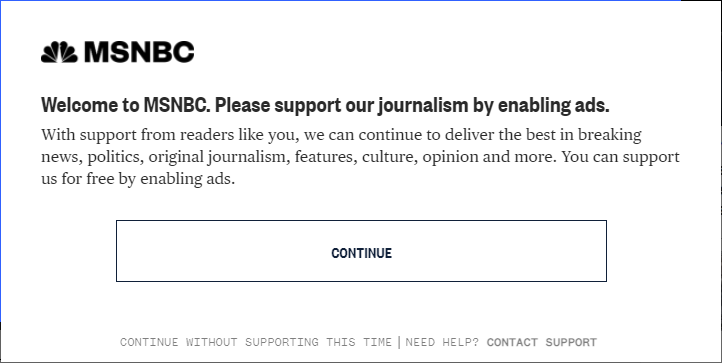 If a site displays ads or requires you to subscribe to read an article, ask yourself why.

Sources on this list routinely publish false information, often while positioning themselves as unbiased and impartial. As the old saying goes, follow the money. The following "fact-checking" sites are funded by political organizations and exist to promote an agenda, not to get at the truth.

Curated content comes almost exclusively from the aforementioned news and "infotainment" sources. Social media companies tend to favor user-generated content shared from the same. In short, these sites are an echo chamber of unreliable information.

It goes without saying that user-generated content can range from 100% true to completely fabricated. There's an epidemic of fake social media accounts, many of which appear to be for the sole purpose of influencing others. You've probably noticed that during high profile news events, real-looking accounts start posting similar or identical opinions and calls-to-action, almost in unison. Then after a period of time, they abruptly stop. It looks like an advertising campaign because it is, except instead of trying to sell a product, it's a campaign to sell an idea by creating the illusion that thousands of real people are demanding some particular action.

Where can you find reliable sources? I hesitate to provide a list because what's reliable one day could become unreliable the next. One marker of a reliable source is that they willingly share their primary sources. For example, rather than just telling you what's in a document or recording, they actually give you the source material to view for yourself.

What is always reliable is God's Word. Test everything against that, and you'll be in good shape. If a source consistently presents a worldview that's contrary to Scripture, then you know it's unreliable.

Futureproof your IT career. Sign up to get my FREE tips.